Who was John McAfee? Its name remains synonymous with antivirus software to this day, but – who died in a Spanish prison this week – was about as far removed from the stereotype of a programmer as possible.

John McAfee was born on September 18, 1945 in Gloucestershire, UK, just 16 days after the end of World War II. His father Don Harold McAfee was an American soldier stationed in the United Kingdom, while his mother Joan Ellen Williams was British.

McAfee senior was originally from Virginia, and the family moved there shortly after the birth of their only son, John. He grew up in Roanoke, Virginia, where his father worked as a land surveyor.

To call her childhood unhappy would be a huge understatement. After beating his son mercilessly – and often – for years, Don McAfee, a heavy drinker, committed suicide with a gun in 1961. John, who was 15 at the time, was haunted by death of his father for the rest of his life.

In 1968, McAfee began his career as a programmer at the NASA Institute for Space Studies in New York City during one of the most exciting times in human history: the first moon landing.

He then worked at Univac, Xerox and Booz Allen Hamilton, while being addicted to alcohol and drugs. The fact that he was able to continue to get jobs in reputable organizations despite his demons is a testament to his skills as a programmer.

But by 1983, his addictions had grown too severe, and McAfee – now at Omex – was often found drinking and using drugs in his office. The company fired him, inadvertently giving him the red flag he needed. McAfee joined Alcoholics Anonymous.

He then joined US defense contractor Lockheed Martin, where he discovered a piece of code that, once on a computer, could automatically copy itself to any floppy disk inserted into it. The code has been called, and rightly so, a virus. 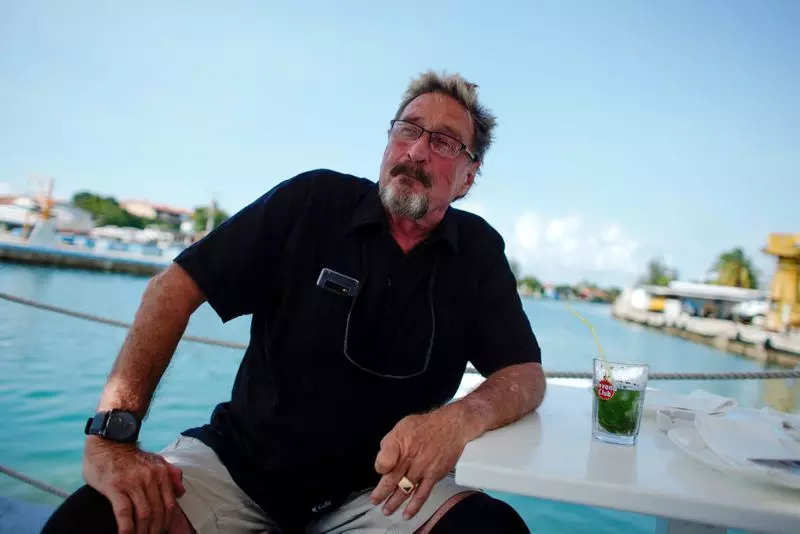 McAfee immediately sensed that as computers proliferated, the threat of computer viruses would skyrocket. This prompted him to found his own company, McAfee Associates, in 1987.

As he predicted, computer viruses became a global threat over the next several years and McAfee Associates grew into a multi-million dollar business. Unlike its competitors, which charged for their software, McAfee offered its product for free but charged for technical support and upgrades. This strategy blew the competition away and arguably changed the industry forever.

In August 1993, McAfee resigned his role as Managing Director, but remained with the company as CTO. In 1994, he sold his remaining stake in the company.

Two years earlier, McAfee had lost 96% of his estimated $ 100 million fortune during the 2008 financial crisis.

The craziest presidential race of all time

McAfee ran for President twice – in 2016 and 2020. His first campaign focused heavily on the threat of computer warfare and the need to prepare for it, a position that proved prophetic when the extent of Russian interference in that year’s election was revealed.

In June 2018, McAfee announced he would run for president again in 2020. But in January 2019, reports revealed that he, his wife and four members of his campaign were under investigation by the government. ‘Internal Revenue Service (IRS) for tax evasion.

McAfee did what any sane candidate for President of the United States would not. He moved his campaign headquarters to Havana, Cuba, and vowed to continue his campaign as a fugitive from the law using hundreds of masked lookalikes.

On March 4, he suspended his presidential campaign, to change his mind and resume the race the next day.

In October 2020, McAfee was arrested in Spain at the behest of the United States for failing to file tax returns for four years and concealing assets, including property and yachts, on behalf of others.

In March, the US Department of Justice added fraud and money laundering charges to this list, alleging that McAfee and a business partner deceived investors over $ 13 million into deceptively promoting crypto. -coins.

McAfee resisted the extradition, saying he would be politically persecuted, but on June 23, Spain’s National Court approved his extradition to the United States.

Hours later, he was found dead in his prison cell, aged 75. His lawyer Javier Villalba said he died by hanging. If found guilty, he could have faced up to 30 years in prison.

Shortly after his death, this tweet from December 2019 went viral on social media. Sharing a photo of his tattoo on his right arm, McAfee wrote, “If I kill myself I didn’t. I got hit. Check my right arm.” 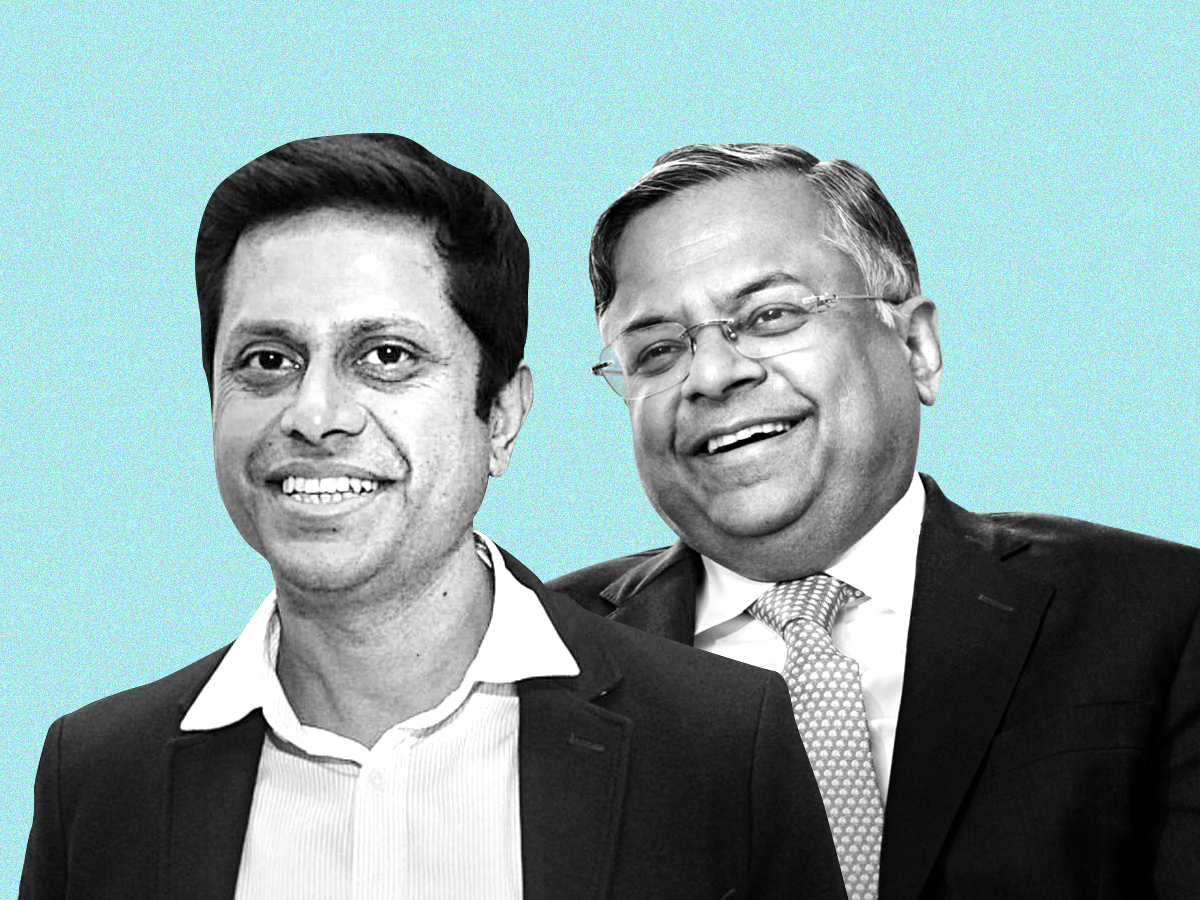 ■ Son of Tata has reportedly approached global investors to raise around $ 2 billion to $ 2.5 billion for its digital business, even as the group gears up for a pilot launch of its super app in Bengaluru in September. Curefit co-founder Mukesh Bansal, who recently joined Tata Digital as president, is a key member of the fundraising team.

■ PharmEasy Parent API Fund acquires a 66.1% stake in the diagnostics chain for Rs 4,546 crore as it seeks to diversify and strengthen its testing business. This is the first acquisition of a listed company by an Indian unicorn. The company will also make an open offer for a additional participation of 26%. As part of the deal, the promoter of Thyrocare A Velumani invest nearly Rs 1500 crore in API Holdings for a 5% stake which links the valuation of PharmEasy to $ 4 billion, against 1.8 billion dollars at the time of the last fundraising.

■ Global private equity fund KKR invests $ 625 million for a 54% stake in Vini Cosmetics, valuing the company at around Rs 8,600 crore. The investment is the largest consumer goods company buyout by PE in India and ranks among the top M&A deals in the consumer sector.

A quick look at the the best offers of this week 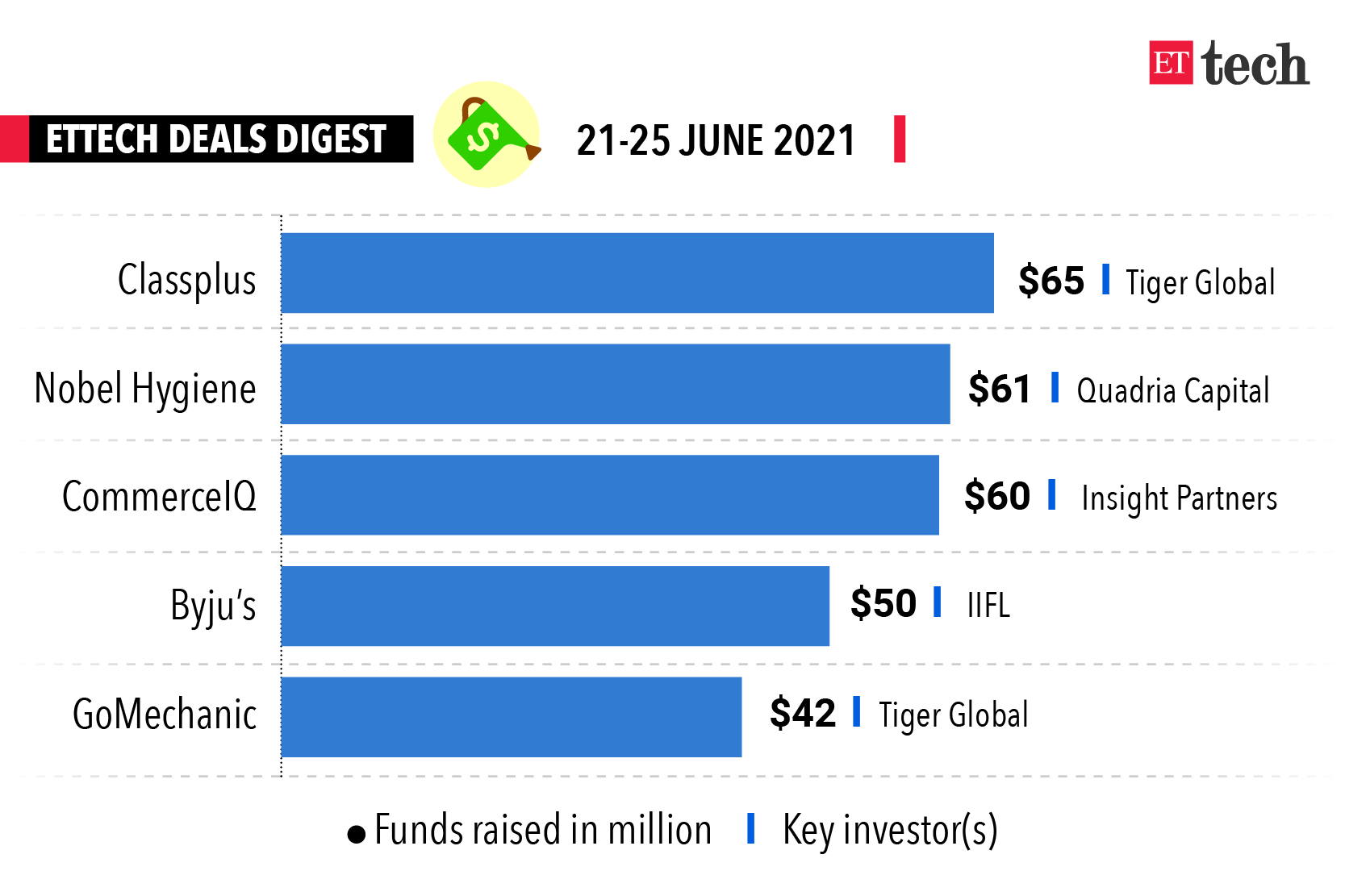 OTHER BIG STORIES FROM OUR REPORTERS 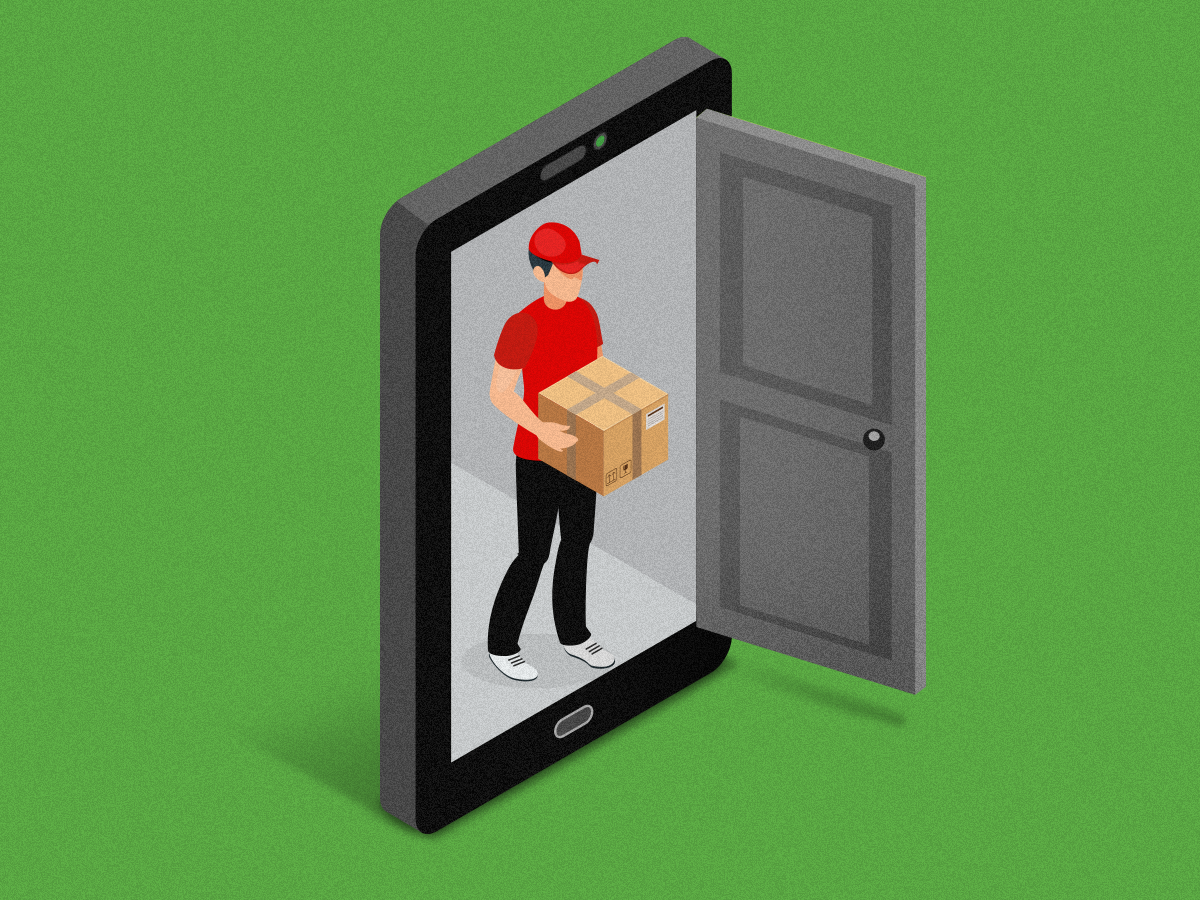 The government’s proposed changes to e-commerce rules would apply not only to e-commerce markets such as Amazon India and Flipkart, but also to a wide range of online companies such as travel company MakeMyTrip, companies Zomato and Swiggy food delivery companies, the ridesharing companies. Ola and Uber, and home service provider Urban Company. The government’s clarification on flash sales has further compounded the confusion for online merchants. Also read our analysis of why e-merchants are unhappy with these draft guidelines. 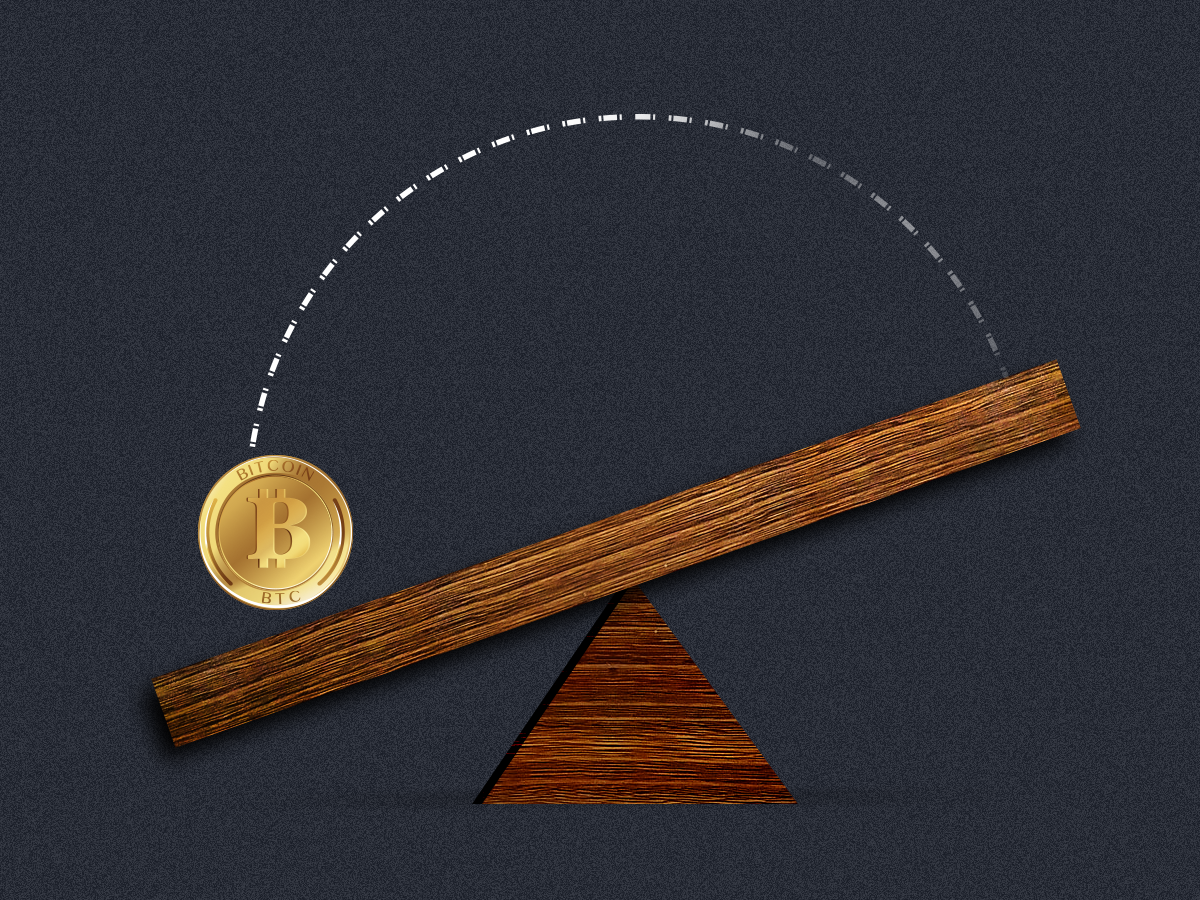 The country’s young crypto investors are betting on the fledgling industry as investors and pundits question whether or not the market entered a bearish phase after Bitcoin fell below $ 30,000 for the first time this week since January. Meanwhile, family offices and high net worth individuals in India are also joining the crypto movement in droves, even as the country’s major crypto exchanges plan a multi-pronged approach to lobby the government to regulate the crypto movement. cryptocurrency in India. 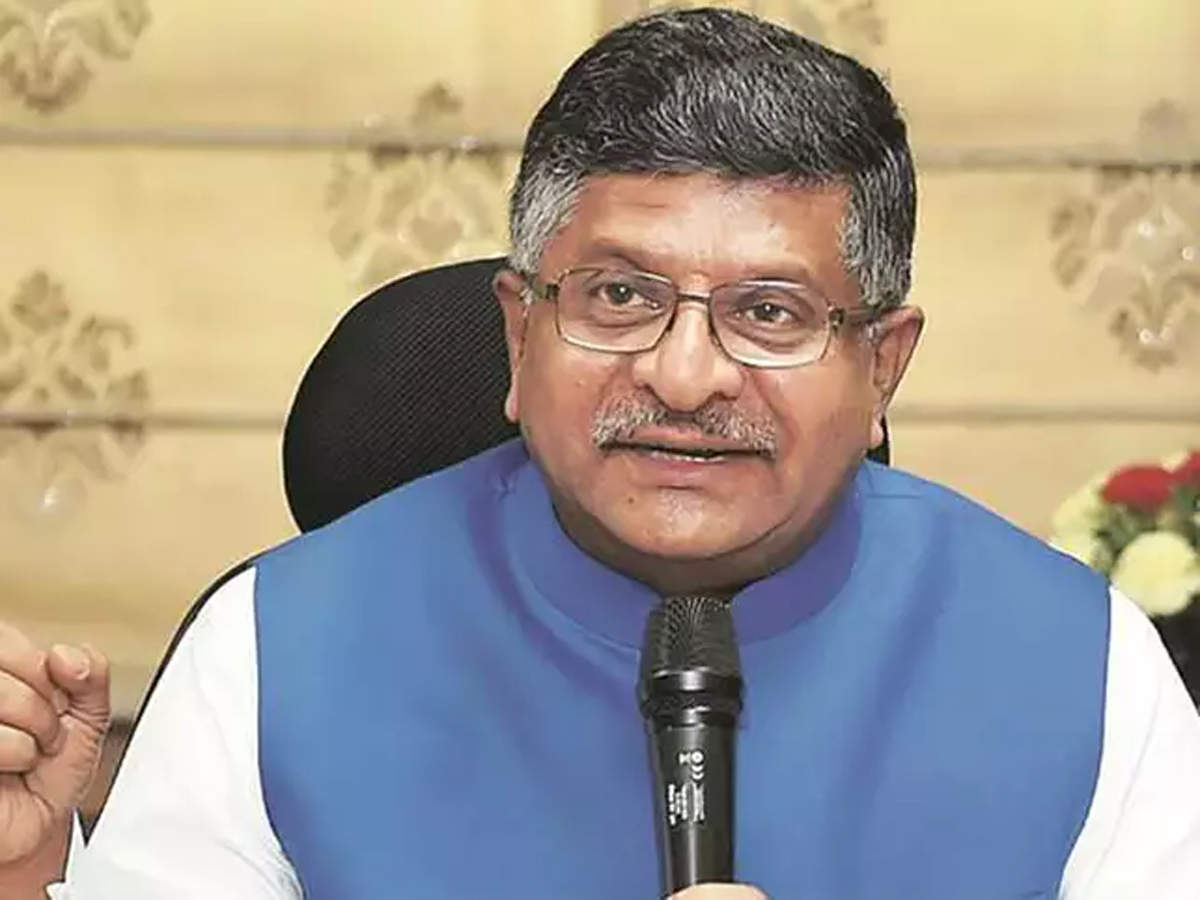 Twitter’s actions were in violation of India’s new IT rules, he said in a tweet. Shashi Tharoor, the chairman of the parliamentary information technology panel, said he would seek an explanation from the social media company about the incident and the rules it follows when operating in the country. While the Covid-19 pandemic has increased the demand for business IT services and led to increased attrition rates and pressure on margins due to wage increases, measures such as increased offshoring and Cuts in discretionary spending were likely to offset headwinds in the near term, IT industry analysts said. Some startups offer free services to schools. Fee collection has been particularly low in recent times – parents feel they don’t have to pay the full fee because children are not in school. The growing number of liquidity events and employee share buybacks over the past year has drawn CXO talent from large companies to startups. 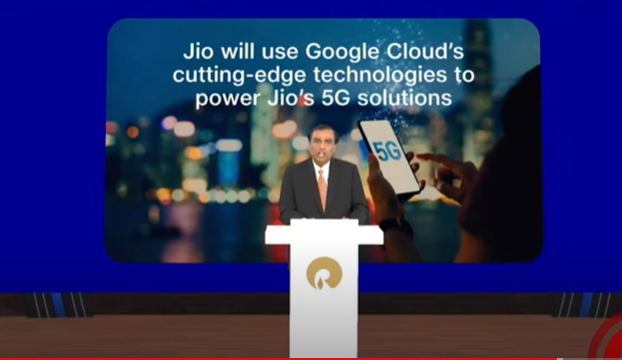 That’s about all from us this week. Stay safe and get vaccinated when you have the chance.