Why Suncor Energy shares jumped more than 10% in April

Boston Consulting Group conducted a detailed assessment of the infrastructure investment landscape, creating a risk-return profile for different types of investors. The first of a planned annual overview, investment strategies are expected to change in the coming years.

Of more than a dozen defined divisions, the Australian and New Zealand Investors category was among the best performers last year, but also exposed to the greatest risk.

The impetus for the study is the renewed focus on infrastructure investment due to massive funding announcements by major governments around the world, with private investor assets in infrastructure expected to reach $950 billion this year. . Yet, “while the opportunities are plentiful, the returns from these projects vary. Some investment strategies are well suited for big gains in today’s environment; others are designed for lower but consistent returns.

The other groupings were geographic, with the Australia-New Zealand (A/NZ) slice analyzed alongside North American investors, US and Canadian investors separately, European and UK investors, and those from the “rest of the world”. , which mainly included investors from Asia and the Middle East. The A/NZ sub-type was the third best performer across all geographies and asset management and ownership types and styles.

According to analysts’ calculations, the A/NZ peer group achieved a risk-adjusted return of 12.85% last year, behind only the US investor subtype (+14.02%) and funds. North American pension funds (+14.36%). At the other end of the scale, the UK investor division returned just 7.34%.

Yet the investment contrast between the A/NZ and UK groups was evident, with each at opposite ends of the scale in terms of volatility.

Here, the report says North American pension funds ranked highest for having a performance-focused portfolio, allocating more of their investments to market assets (such as power plants and transportation companies) , while the A/NZ cohort also performed well due to exposure to the riskier segments, although their composition includes significant exposure to transport investments, at around 40% of the total, and less to the transport segment. ‘energy. 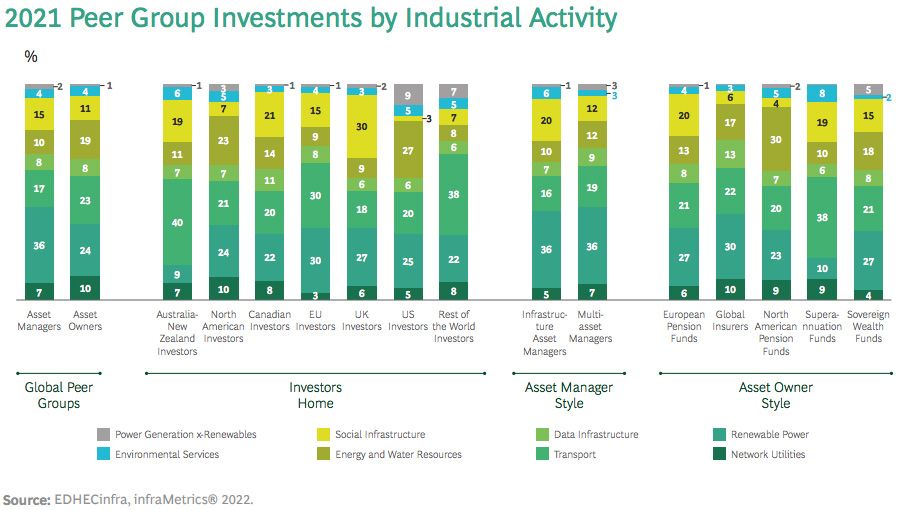 Ranked over a three-year performance period, Australian investors would come last, due to this high exposure to transport and in particular airports and the hit of Covid-19 on commuting and air travel – from so the impact of the post-Covid recovery on asset prices largely explains last year’s ranking.

Looking ahead, the survey revealed a growing appetite for faster value creation, a shift in strategy that is likely to be in order over the next three to five years.

The authors note that while in general infrastructure investors have traditionally given less priority to immediate gains, focusing instead on the long-term growth of major infrastructure projects such as trunk roads, there are now a perception of increasing volatility – a trend which will be exacerbated by major changes such as digitalisation and the energy transition – such that the expected longer-term returns against a consistent operational value creation strategy are no longer viable.

Previous Learn the real difference between nitrile, latex and vinyl gloves and their uses
Next Consumer confidence drops to 9-month low as stock market sentiment drops

The Day – Back in full force: Goodspeed is once again hosting a full season of musicals, led by ‘Cabaret’